That’s how the conversation started. We’ve been talking about the need to have it more and more. We had to sit our 7 year old down and explain to her that her little brother has autism.

The biggest catalyst for this day was Ethan getting upset in the truck. He hit Lauren. That’s not a normal response for him. He can be upset to the point of meltdown, but he hasn’t ever hit one of his siblings.

He’s gotten so much better at self-soothing. He calms easier now that he ever has. On Mother’s Day we went out for lunch. Joshua reached over after we sat down to eat and pulled Ethan’s hair. That caused him to jerk and bang his head on the table. He covered his face and quietly sobbed. It hurt, and we knew it.

We both looked at each other in a second conveying that Rob was sorry if lunch was over, and that if it was, I would be okay. That didn’t happen though. We offered to take him outside, but he said no. He stayed in his chair and took deep breaths. He was fine. He did it, and we were so proud.

We were not proud of him hitting his sister. She had hurt feelings. We stopped at home so Rob could stay with Ethan so he could have time out in his room along with giving him space to calm down. I took Lauren and Joshua to Costco. That’s not a big deal for us. We have to make adjustments moment by moment sometimes. This conversation was the overflow of that constantly having to adapt.

First we asked Lauren what she thought about Ethan. She said, “He’s the coolest!” We both smiled. We could see in her smile that she loved her brother. We talked about all the things that make Ethan cool- his kindness, his love for play and laughter, how smart he is, how passionate he is…

The list went on and on. We talked about the things that are hard for Ethan. We explained why Ethan has a hard time calming down or why he gets so upset that he screams in his room for a long time. We told her that his brain works differently than hers. We told her how differences are cool, and Ethan’s differences make him unique and cool.

We told her that we are getting him therapies like speech that will help him express how he’s feeling so we can help him. We told her about how his classroom at school is set up to help him learn the way his brain works.

We talked about how different isn’t bad and that we can never treat Ethan that way but that other people might. I asked her if it would be okay for other kids to leave Ethan out or pick on him or call him names because he has autism. She reared up in the most defensive posture I’ve ever seen her in and said, “No!”

We talked about the importance of embracing people no matter how different they are from us. We talked about that being possible with every person because we all have our own challenges, but that doesn’t mean we can’t love everyone we meet.

We told her Ethan would always need her to love him and accept him with understanding and patience. She assured us she would always be there for him!

We will all get where we are headed, one step at a time- remembering what it means to love one another unconditionally. I’m so thankful for our family. 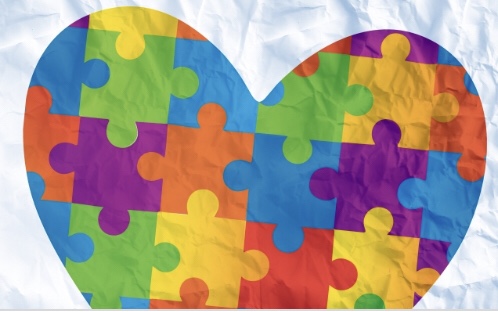