We have a love/hate relationship that goes back very far. I’ve always loved you, but somewhere in the back of my mind, I’ve known you weren’t good for me. You’ve always been there for me, sort of. The truth is that you help me to ultimately get up, but somehow make it ok for me not to get up for my scheduled time.

How do you do it? How is it that you can talk me into more not even real sleep with your annoying sound?

I am not now nor have I ever been eager to jump out of bed. I’ve always gone 100mph all day so I earn the right to be tired. Somewhere along the line I began to think that getting up when I know I should isn’t that important.

Why do I set that alarm for a certain time in the first place? It’s because I go to bed with goals in mind, but then I see that beautiful option. He’s saying, “Hey girl, just close your eyes for 10 more minutes. It’ll be ok. I’ll beep again because you’ve earned the extra rest, and I’ve got you. I won’t let you down!”

Liar! He’s a honey-tongued devil that I never knew I depended on so much. I never knew I had fallen for a “bad boy” in my life until this morning! He is so, so much worse than I ever realized. He’s “that guy!” The bad influence who will derail your dreams we were all warned about!

Why am I so angered by this and his bad influence? He’s talked me into cheating ME! I don’t pursue those goals in my head by not getting up. I don’t work out, I don’t have quiet time to read my Bible, I don’t work on my new house, and I’m not preparing for Grad school scheduling like I should be. I’ve played the biggest part in this scheme that keeps me stuck, and that’s probably the most frustrating part.

I realized all this as I began to hear my children stir and thought, “I’ll try to fit some of that stuff in later, maybe.”

I know the woman I want to be so it’s over. I’m ending this super toxic relationship TODAY! Here goes:

You are getting in the way of stuff that is far too important for me to continue our relationship. It’s been most of my life, and I never realized how bad you were for me until today. It’s been real fun (more than I care to admit), but YOU’VE GOTTA GO!

That was easier than I thought it would be! We have got to fight for what we want and eliminate goal stoppers anywhere we meet them. Whenever you find yourself up against something holding you back in a toxic way, GET RID OF IT! Nothing you want is going to come without pushing and working and reaching for it. Burn those roadblocks down and get about the business of being your best you!

Now I’ve got to find an alarm clock without a snooze button. Is that a real thing? 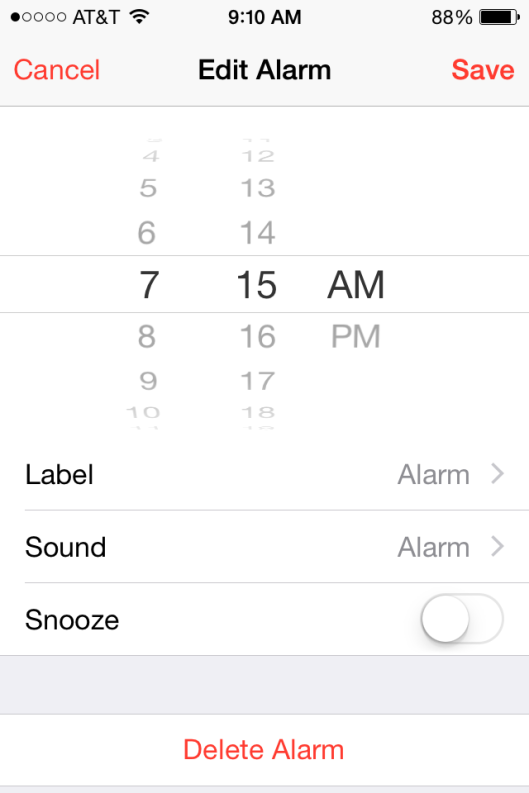